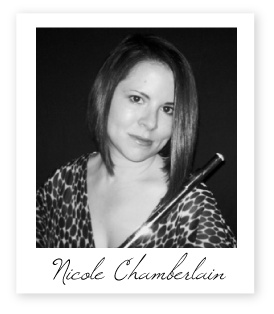 As a composer works have been performed from Alias Chamber Ensemble in Nashville, TN to flutist, James Strauss in Recife, Brazil. Nicole's works have been featured on "Live in Studio C", bowed.org, and Dartmouth College's Electronic music festival. Nicole was awarded Atlanta Pen Women's Composer of the Year 2008 and her work "Mangosteen" is featured on a new cd of works compiled by the Georgia Chapter of the National Museum of Women and Agnes Scott College."Mangosteen" has also been performed at the Nineth Festival of Women Composers at Indiana University of Pennsylvania. Nicole received her Bachelors in Music Composition from the University of Georgia where she studied with Dr. William Davis, Dr. Leonard Ball, and Dr.Lewis Nielson and was selected for master classes with Charles Wuorinen and Joan Tower. You can find out more and listen to Nicole's music at www.nikkinotes.com. 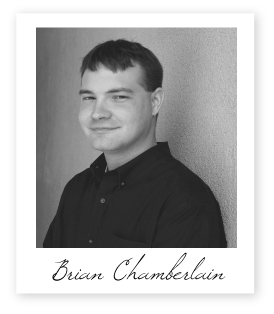 Brian Chamberlain - guitar
Brian C. Chamberlain earned his Bachelor of Arts in Music in December, 2004. He pursued concentrations in classical guitar and composition. He studied classical guitar with Mary Akerman and composition with Dr. Laurence Sherr at Kennesaw State University. Brian has written numerous pieces for guitar, as well as piano and other instruments. He has been recognized with several awards and honors. His piano work, "Twenty-Six," received the top award in the Young Artist Division of the 2003 Music Teachers National Association (MTNA) Composition Competition in the State of Georgia. This work went on to receive Honorable Mention in the MTNA Southern Division competition. In 2004, Brian was elected to the Pi Kappa Lambda National Honorary Music Society. In March 2005, Brian was awarded Outstanding Senior in Music by Kennesaw State University. In May of 2005, he was added to the National Dean's List. He is also a member of ASCAP, the American Society of Composers, Authors, and Publishers. Brian is currently pursuing his Masters of Music with an emphasis in composition at Georgia State University, studying with Dr. Nickitas Demos. Learn more about Brian and his music at www.nobridantes.com

home : about us : music : services : links : contact us
© Nicole and Brian Chamberlain. All Rights Reserved. site by nikkinotes.com